“Equipping Laborers for the Harvest of Souls”

Do you not say, ‘There are still four months and then comes the harvest’? Behold, I say to you, lift up your eyes and look at the fields, for they are already white for harvest! John 4:35 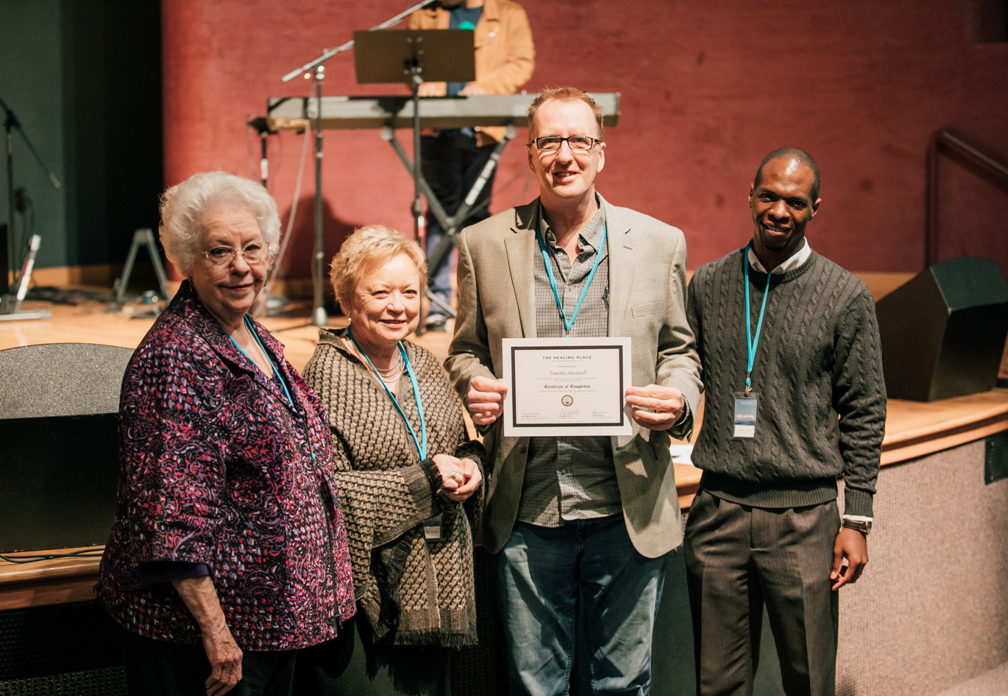 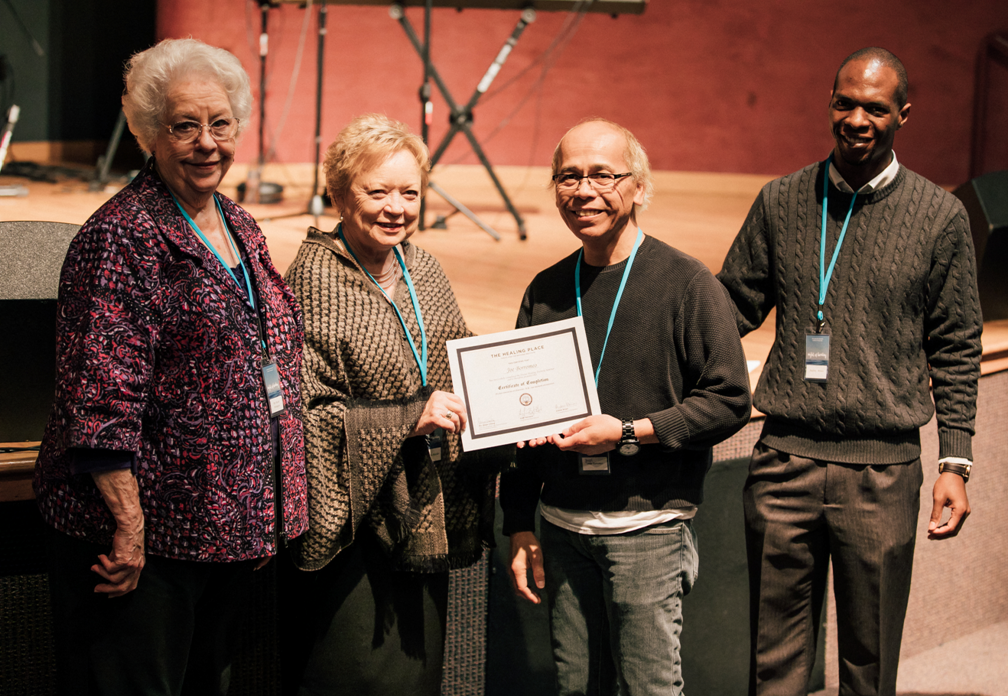 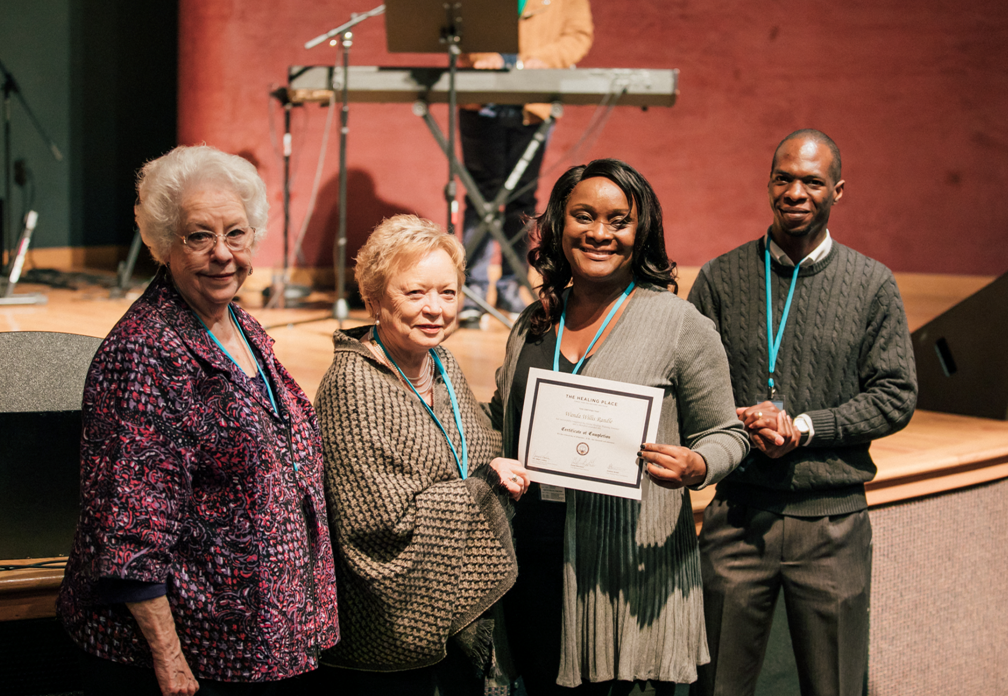 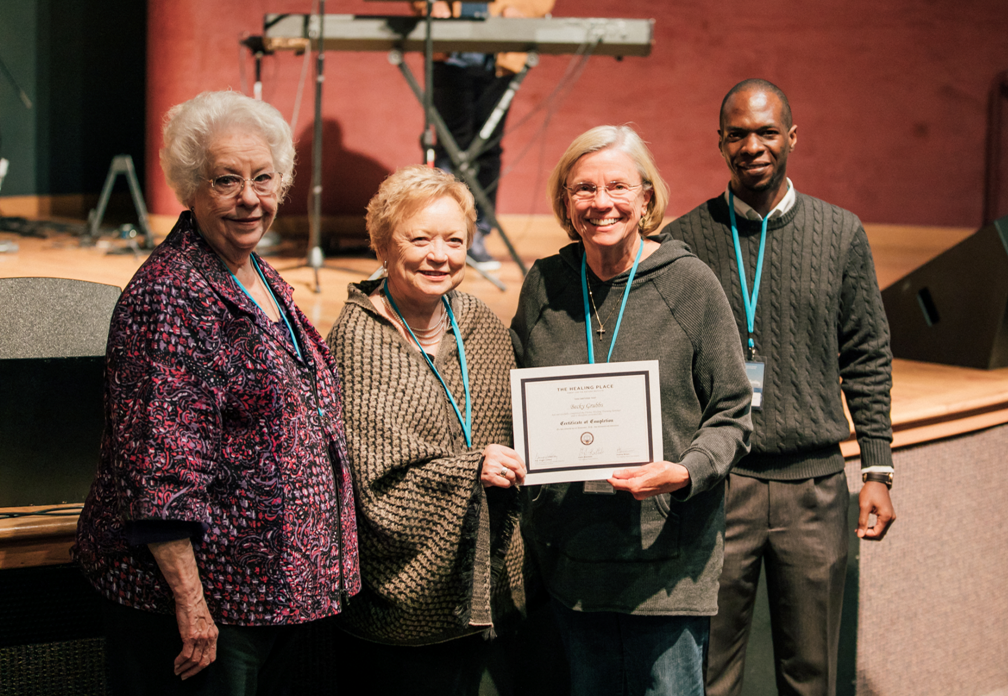 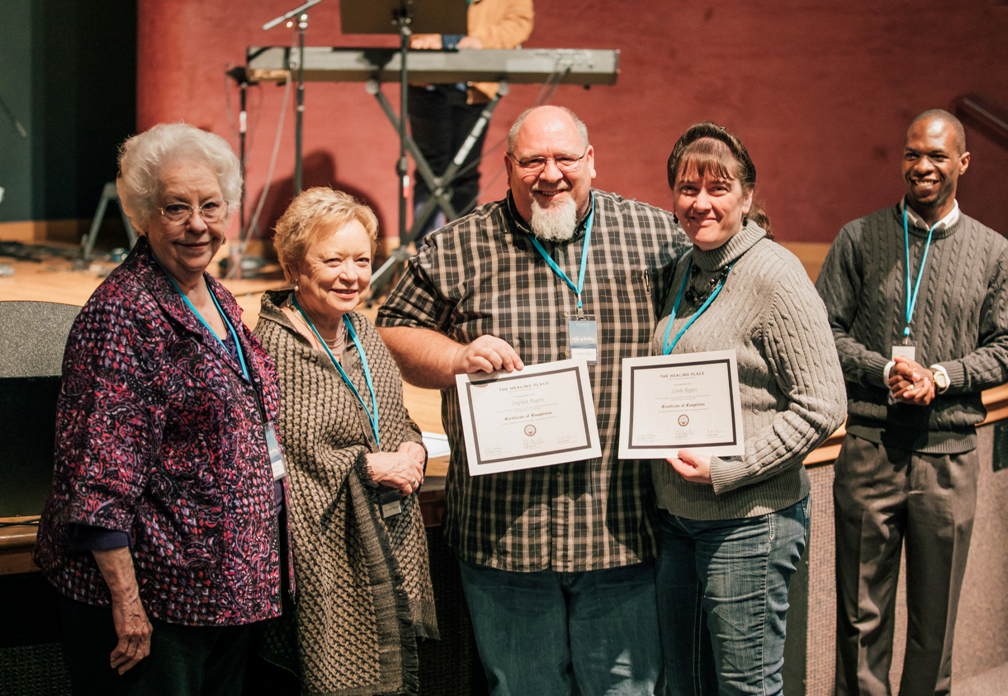 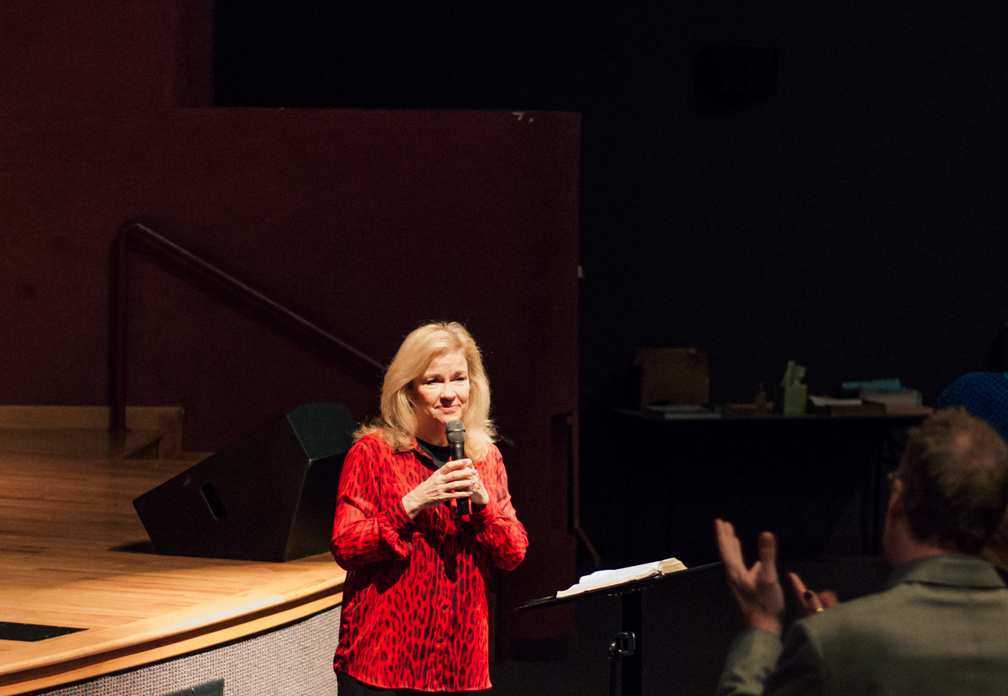 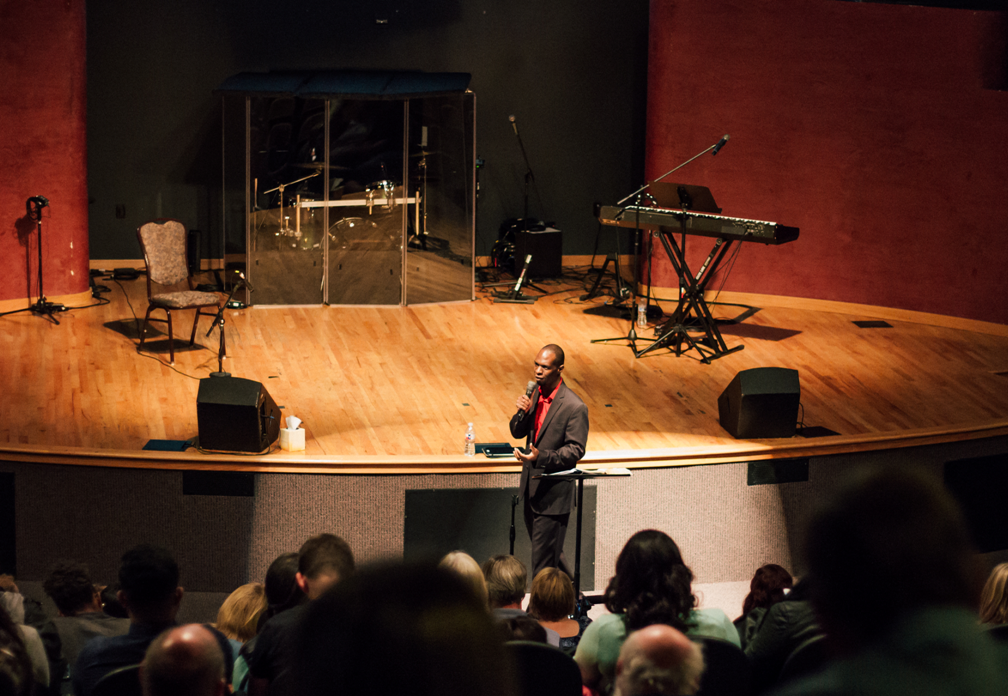 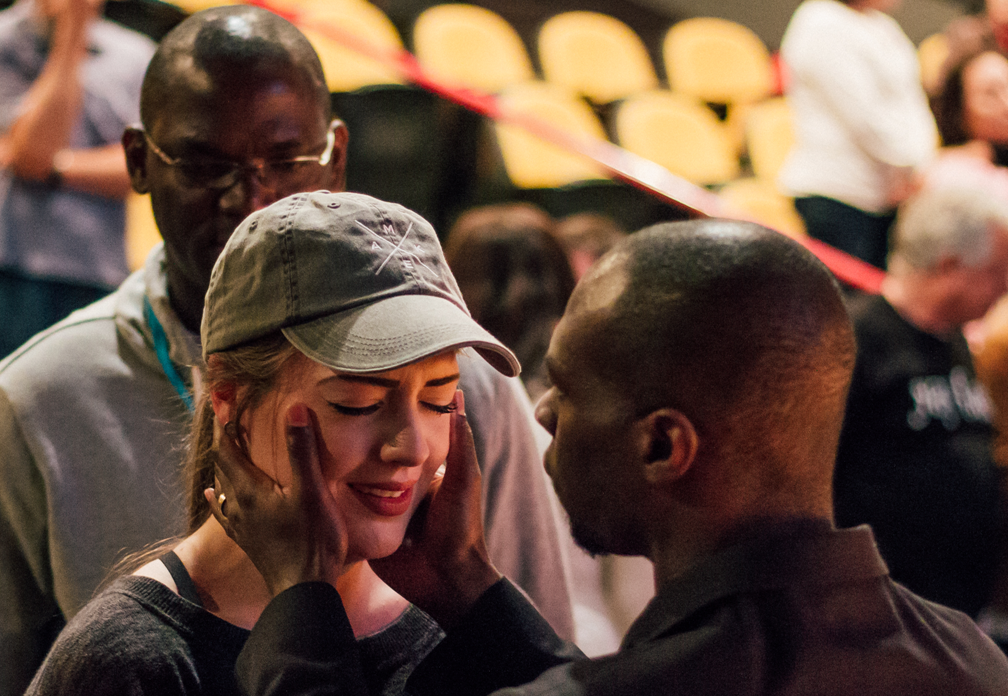 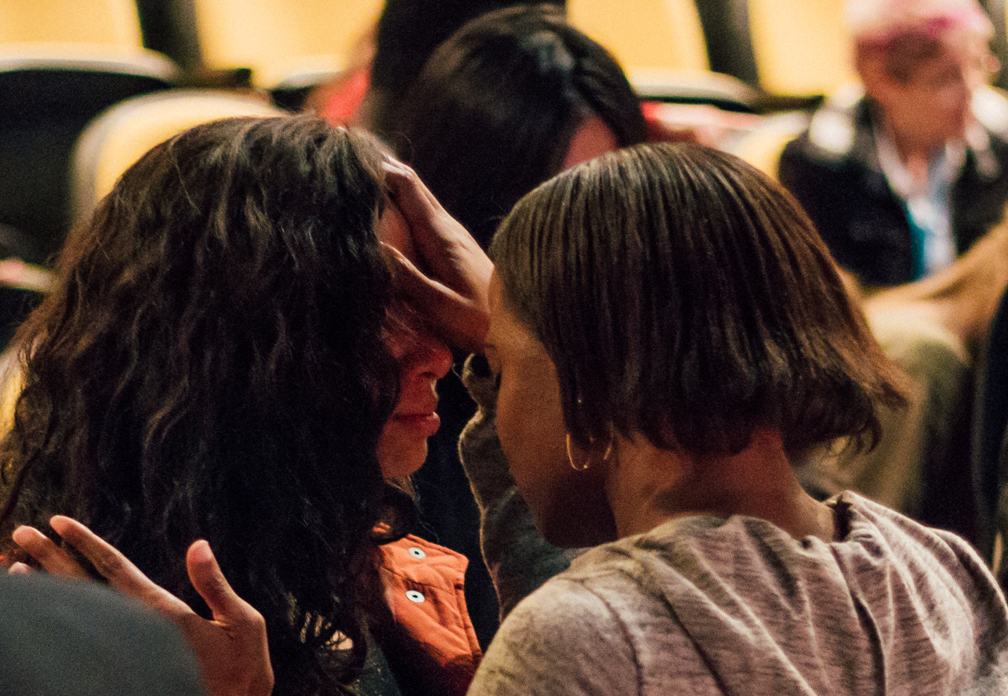 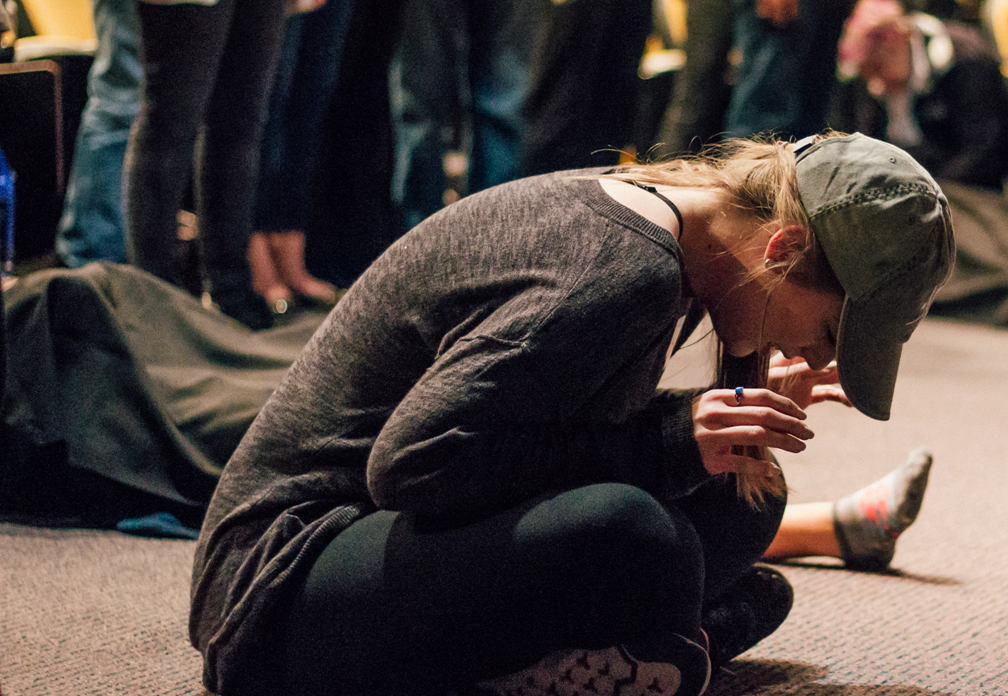 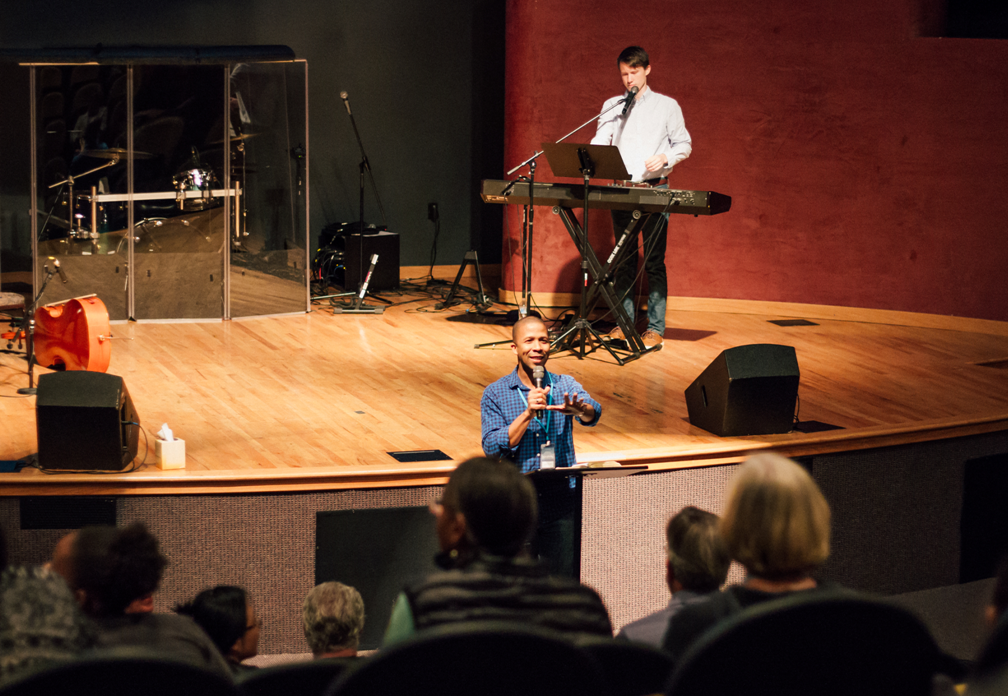 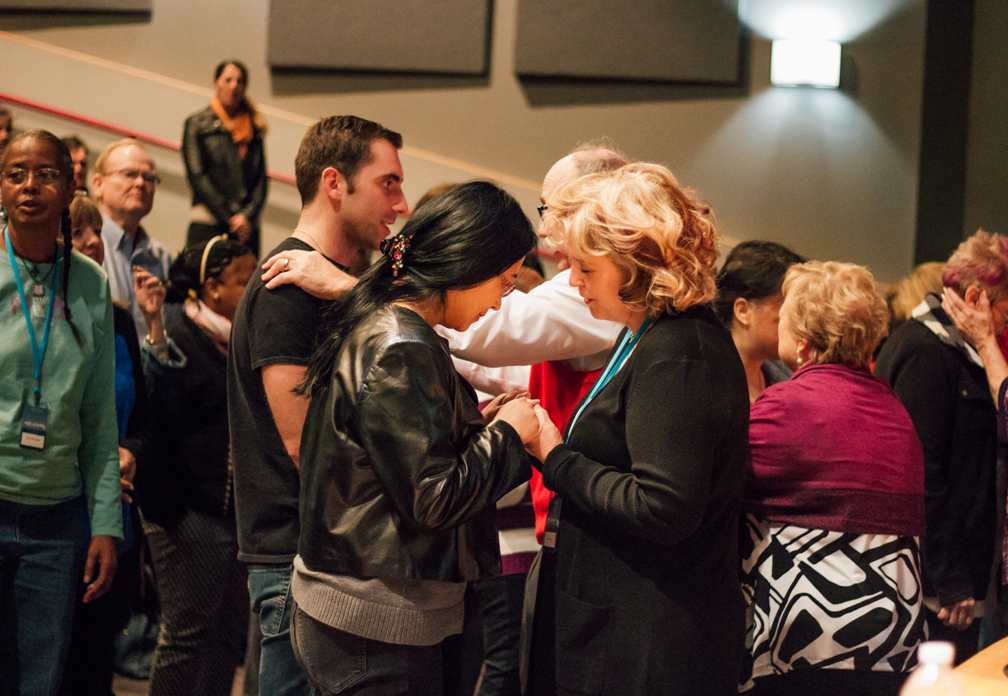 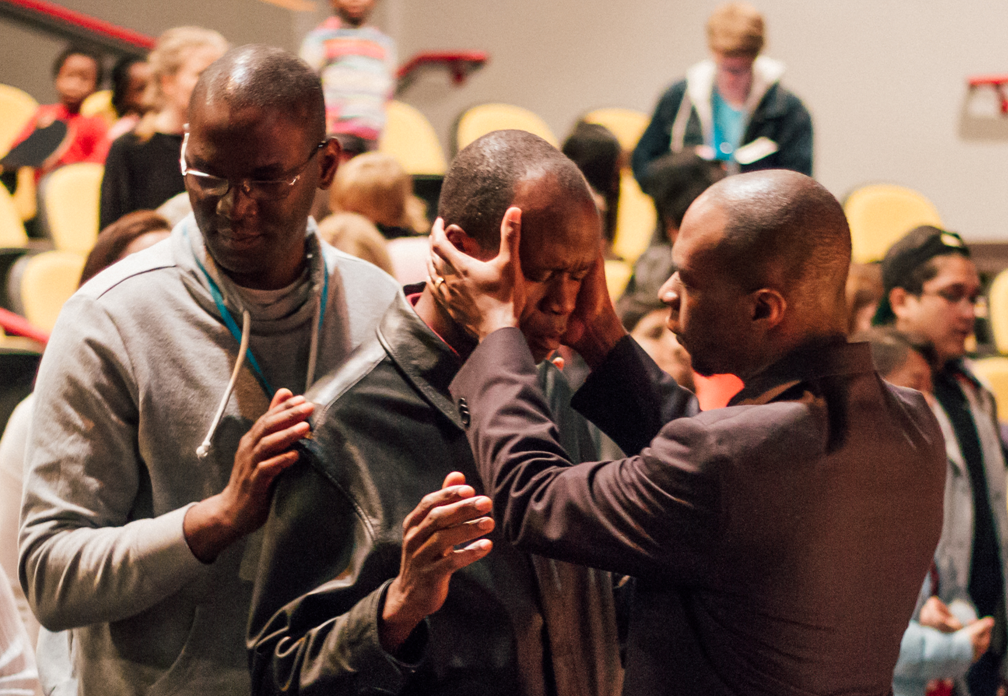 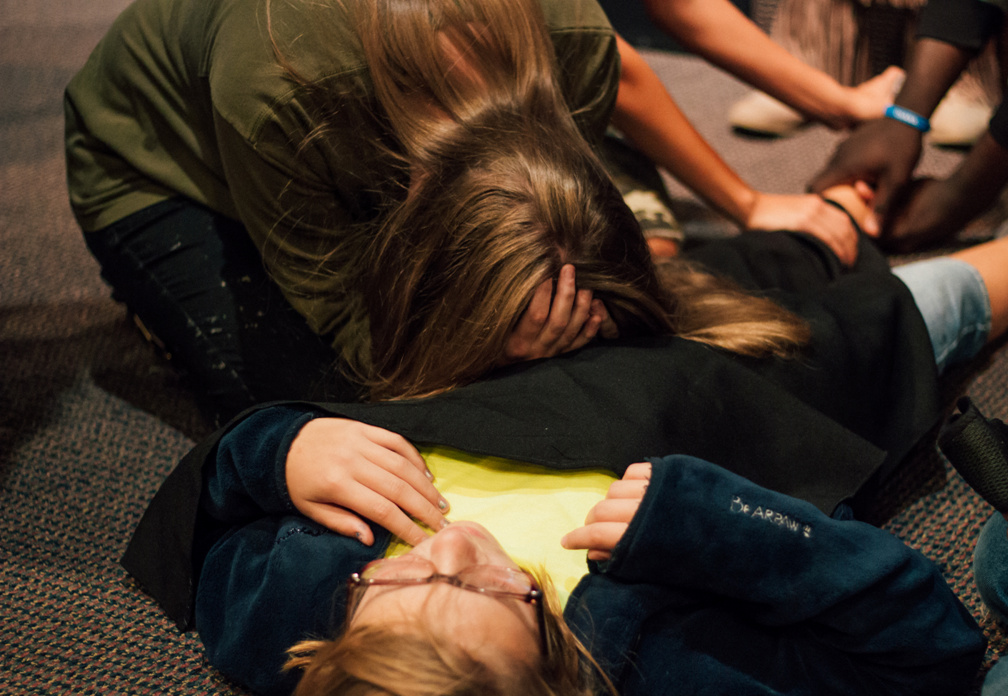 What is the CFNI Healing Certification Seminar?

The CFNI Healing Certification Seminar is designed to teach you how to receive healing for your spirit, soul and body. We will share with you the necessary biblical principles and tools that will equip you to start an effective healing ministry.

Come and hear from a variety of gifted speakers in the area of divine healing.

Seminar attendees will receive a Healing Training Certificate from Christ for the Nations.

(The cost includes the 6-hour training seminar and certificate)

Dennis is the President and Chief Executive Officer of Christ For The Nations, Inc., a worldwide missions organization and Bible Institute. He is the youngest son of the late Gordon Lindsay, founder of Christ For The Nations, and Freda Lindsay, co-founder. Christ for the Nations is a missions organization which supports world missions and each year trains some 1200 students from over 50 countries to carry the Good News about Christ throughout the world. Over 40,000 students have been trained at our Dallas campus. Another 50 campuses in locations around the world have risen to train nationals.

Dennis met Ginger Krickbaum at college in California and they married in 1970. She was the first Cinderella in Disney on Parade at Disneyland in California. She presently is the Chief Operating Officer at Christ for the Nations.

Dennis is a graduate of Vanguard University (in California). He earned his master’s degree in practical theology and a Doctorate of Ministry from Oral Roberts University. He and his wife, Ginger, spent four years of intense training and ministry in Europe, where they attended the Youth With A Mission School of Evangelism and L’Abri fellowship, under the direction of the late Francis Schaeffer. Dennis has ministered in over 70 nations.

In addition to his administrative responsibilities, he has enjoyed teaching for over 40 years at Christ For The Nations Institute in Dallas, Texas on such subjects as: Evangelism, Apologetics, Creation Science, God’s Goodness, Personal Discipleship, Family Foundations and Christian Ethics.

Recently he completed writing Volume 21 on the subject of Creation Science. His latest book is entitled, Giants, Fallen Angels and the Return of the Nephilim. His teaching and insightful series of books on the subject are written for the layperson, not in scientific or technical terms. The purpose of this series of books is to present the biblical worldview of creation.

Dennis and Ginger have three children. Missy, who has her Master of Divinity and Doctorate Of Ministry from Oral Roberts University, is a PR representative and lecturer at Christ for the Nations Institute. Hawni, who has her MBA in International Business from Dallas Baptist University, is a Project Manager with Meritz. Golan has his MBA in Business Management from Dallas Baptist University and he is COO at Christ For The Nations.

Ginger was raised in a Pentecostal home in Cheyenne, Wyoming. She attended Vanguard University, where she met Dennis Lindsay. After Dennis and Ginger were married, they spent two and a half years in Europe with Youth With A Mission. They were involved with street, coffee house, and college campus evangelism and attended YWAM’s School of Evangelism in Switzerland as well as L’Abri Fellowship.

Ginger has been serving in a variety of leadership roles during the past 38 years, primarily as the director of CFN’s Women’s Ministry. She has hosted 20 years of Women’s Conferences, and currently serves as the director and host of CFN’s annual Voice of Healing Conference.

Andrew Brown is the Founder and President of Andrew Brown Ministries International. He has a heart to see others walking in the fullness of their potential, which God desires for them. This was born from having experienced the transformative power in the name of Jesus within his own life, as well as those he has ministered to. He operates in the gifts of healing, prophecy, and the miraculous, seeing God continually do wonders to bring healing and deliverance to many who were afflicted with various kinds of sicknesses and diseases including terminal cancers, deafness, blindness, autism, heart disease, infertility, broken bones, and much more.

Today, he is the coordinator for The Healing Place at Christ For The Nations, teaching and ministering the Word of God for His healing power to be imparted to students and the public who come in for ministry. He received a Diploma from the Advanced Leadership and Pastoral School at Christ For The Nations in 2007, and has a Bachelor of Arts and Sciences in Interdisciplinary Studies with an emphasis on Christian Ministry and Business Administration as well as a Master of Education in Higher Education Degree with an Advanced Certificate in Management, both from Dallas Baptist University. He is currently pursuing a doctoral degree in Higher Education (Ed. D.) at Oral Roberts University. Andrew is an ordained minister and enjoys encouraging others to walk in the fullness of what God desires for them, and he leads by serving others. He is passionate about global missions and has ministered in various countries including Jamaica, Thailand, Malaysia, Indonesia, the Philippines, and the U.S. Andrew is married to his beautiful wife Shelly-Ann, who is also a graduate of Christ For The Nations Institute. They both have a heart for the healing, deliverance, and breakthrough in the lives of God’s people.

Pastors Billy & Marianne Allen have been married for forty-nine years. They have a son Billy IV, daughter-in-law Leigh, and son Jaysun. They have been in various forms of pastoral ministry for the last forty-two years. The Allen’s have been speakers for men’s and women’s conferences, marriage conferences, leadership conferences, and missions conferences. They have traveled to over thirty countries leading short term mission trips and church planting projects. After being pastors of CFN Church for eighteen years, they recently resigned in order to pursue writing and leadership ministry travel. Billy is a graduate of the University of Texas at Dallas and Oral Roberts University Graduate School of Theology. Marianne has been a gifted executive administrator both in the secular and church worlds, while doing all the various forms ministry along side her husband Billy. For over a decade Marianne has led trips to Israel, while being a staff member of CFNI since 2001. The Allen’s constant prayer is to be used by God as they continue to draw upon their decades of ministry experience. Their desire is to impart God’s wisdom and leadership principles as they reach the world for Christ.

Krissia is from El Salvador and moved to Honduras at the age of 12 with her family who were called to plant churches under the covering of their Pastors Ricardo and Reina Salazar and their Christ to the Nations Ministry. As a young adult, Krissia studied law at the university in Honduras. She graduated in 2009 and began to practice law focusing on international adoptions. Krissia continued her education completing a Masters Degree in Business Law.  All throughout this time, she served in ministry as the youth pastor in her parent’s church until she felt God calling her to Christ for the Nations Institute (CFNI), where she enrolled in the one-year Pastoral Major program, graduating in 2012.

In 2012 while attending CFNI Krissia met her husband Golan Lindsay who is currently the Vise President at Christ for the Nations. After one year of marriage, Krissia went back to school, knowing that in order to practice law in the U.S. she would need to pursue a Master of Laws Degree in Comparative and International Law, which she completed at Southern Methodist University in May of 2016.  This has enabled her to sit for the Bar Exam in Texas so that she can continue to practice law in the future. Currently she is the Spanish Program Coordinator and Executive pastor for Spanish Youth for the Nations Summer Camp (SYFN) at Christ for the Nations. Golan and Krissia have extended their family with two beautiful girls Freeda (3) and Victoria (1) Lindsay. As a family they are looking toward the future, serving the Lord and letting His purpose and plan be realized in their lives.

Edith Dhana Prakash, the oldest daughter of well-known evangelists Nataraj and Padma Mudaliar, was born in Nagercoil, a city located at the southern tip of India. After her father’s death in 1982, her 32 year-old mother took over the leadership of the ministry, and after facing trials and oppositions, today is a leading woman evangelist in India.

From a young age, Edith travelled globally and ministered with her mom until her 1995 marriage to Felix Prakash. On graduating from Christ for the Nations in 1999, Felix and Edith furthered their education at Regent University in Virginia Beach, Virginia, both completing their Master of Divinity (M.Div.) degrees in Practical Theology. In 2008, Edith was given the honor of being listed in Who’s Who Among Students in American Colleges and Universities for outstanding academic achievement, character, leadership and service. In addition, during her time at Regent, God opened the door for Edith to be mentored spiritually and trained in prophetic ministry through an internship with Gordon Robertson (CEO of the Christian Broadcasting Network) on 700 Club Interactive. Edith went on to complete her Doctor of Philosophy (Ph.D.) in Renewal Theology, graduating in 2013.

During that same year, her dream of greater involvement in world-wide evangelism became a reality as Felix and Edith incorporated Prakash ministries, a non-proﬁt organization established to propel the gospel of Jesus Christ globally.

Dr. Prakash has traveled to more than 30 nations ministering in worship, teaching and preaching in churches, women’s conferences, evangelistic crusades and pastors conferences that attract tens and thousands of people. She ministers prophetically through teaching, preaching and the ministry of healing. Their humanitarian efforts include ﬂood relief, building wells and churches and meeting the needs of orphans, widows, and those who are blind.

Edith has produced 5 albums in 3 Indian languages. Her children Elijah, Shannon, and Hadassah often travel with her and her husband, involving themselves in singing, preaching, music, healing and prophetic ministry. They have produced 2 music videos for children.